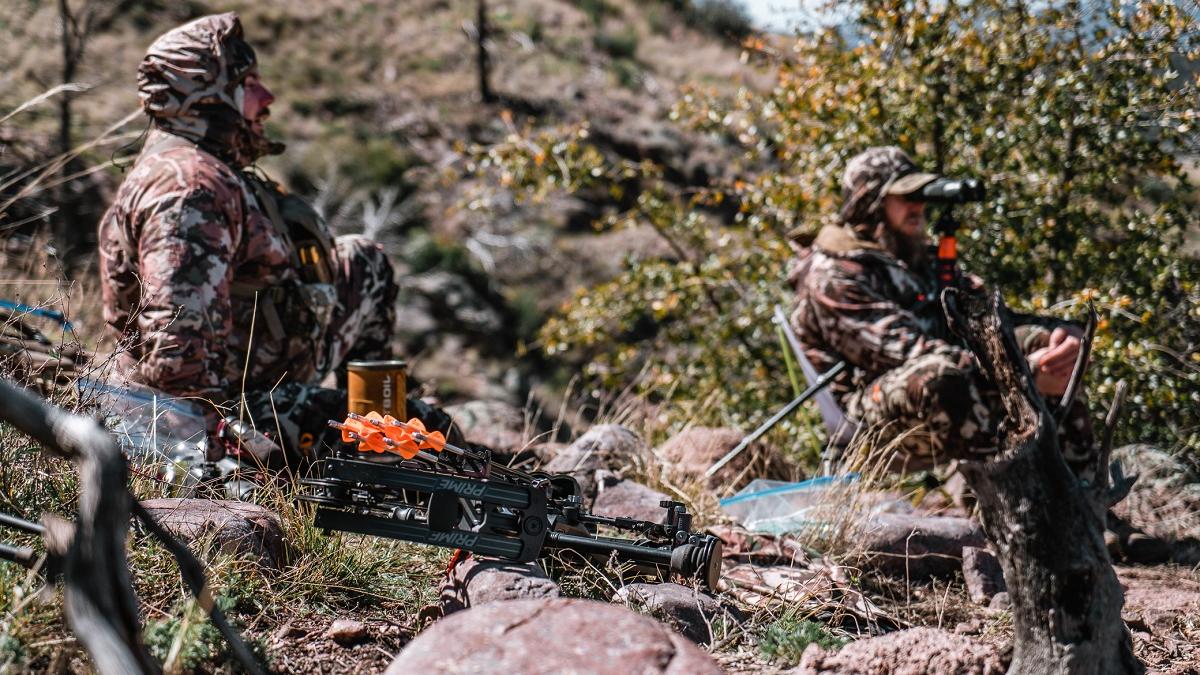 Bowhunting, Filling the Freezer and the Path to Consistent Success

“Filling the freezer.” It’s a phrase that gets thrown around by more than a few folks within the hunting community. That feeling of seeing a stack of frozen wild game food at your house is infectious and is why we hunt. Providing food and bringing things full circle is something I think all hunters strive for. While that all sounds like pixie sticks and gum drops, it doesn’t come easy, especially with a bow. To be successful hunting year after year is a feat in itself. It’s hard enough drawing tags and filling them with a rifle. With a bow though? If you're new to bowhunting, filling the freezer consistently is a journey that requires patience, time and and an appetite for failure.

Pick up a Rifle First 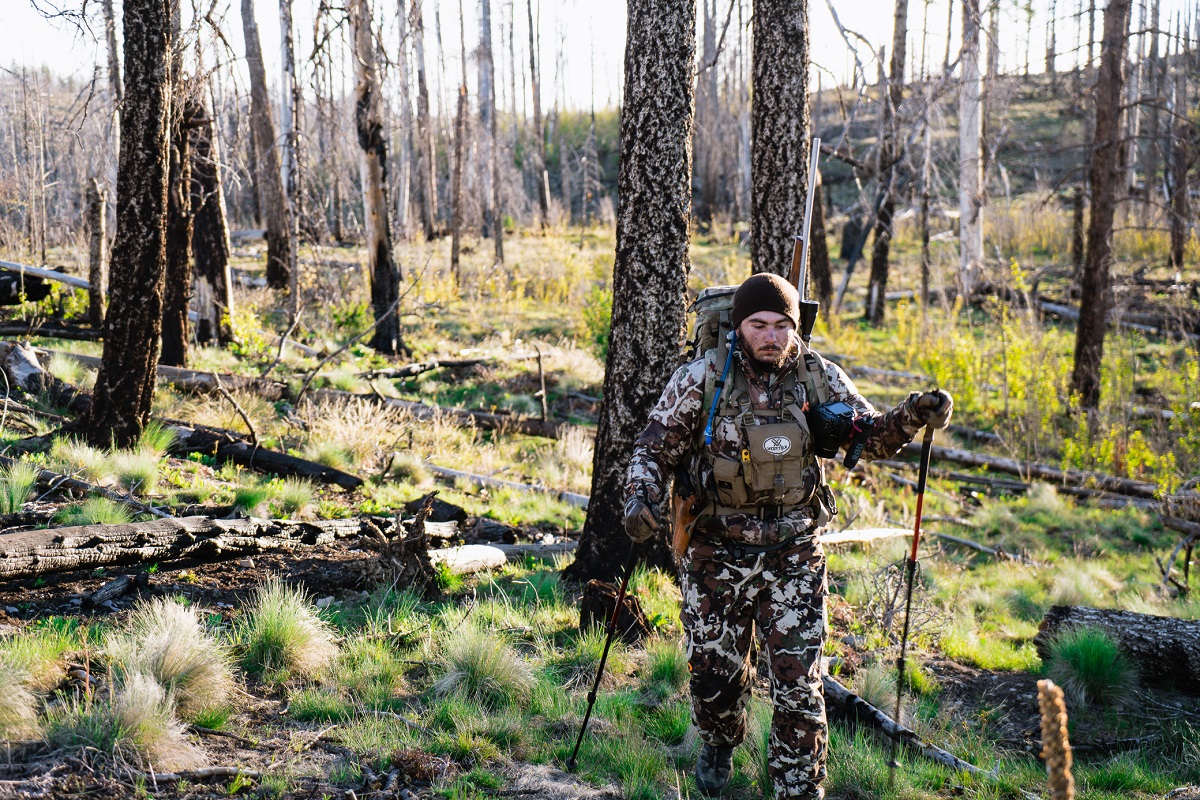 This might not be what you want to hear, but if you are new to hunting and filling the freezer is your main objective, picking up a rifle is worth considering. Rifle hunting is a great way to experience success early on and allows you to become a more proficient hunter along the way. Sure, it too has its times of adversity, but opportunities are more easily come by. Think about it. In terms of distance, where one could essentially end a hunt with their rifle, the archery hunt is just beginning. Living the bow life comes with a whole different set of challenges that extend well past those of a rifle.

Picking up a rifle will expose a new hunter to some pretty valuable experiences. Ones that would eventually come with a bow, but not nearly as quick. Such as blood trailing, walking up on a downed animal, processing an animal in the field, packing them out, and then of course the field to table feeling. You can and will absolutely get this with a bow, but having these experiences will definitely be in a limited occurrence, especially when first starting out. Use a rifle as a vessel towards better bowhunting. 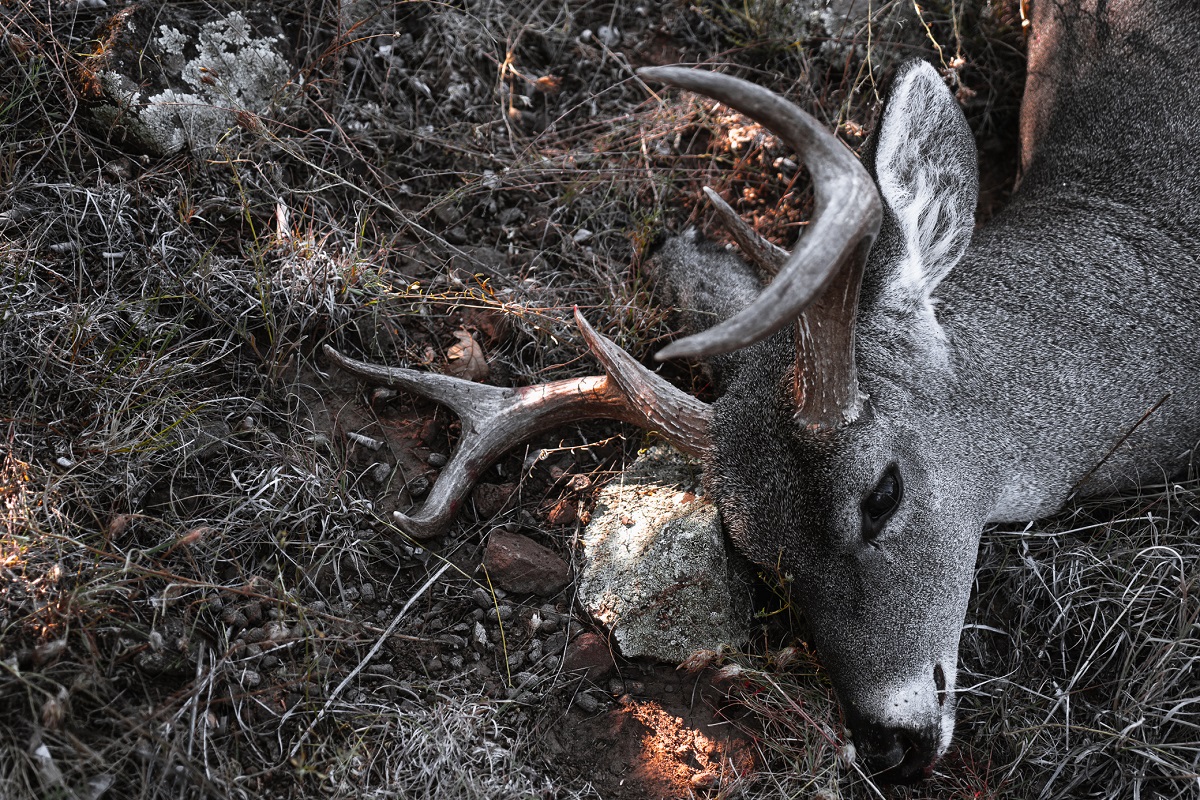 Statistically, using a bow is not the best way to ensure you have meat in the freezer, and it is important to manage your expectations. Your expectations should be a reflection of your own ability, your experience, as well as the country and animals you are hunting. To emphasize this point, in 2017 Colorado archery elk hunters had a 10% success rate according to the Archery Trade Association. That means 90% of bowhunters went home with lots of memories, but no meat. As a new bowhunter, if you think that you’re just gonna walk out into the hills and fill your tag on the first day with a giant buck or bull, you’ve got another thing coming, I promise. Sometimes people do get lucky and fill a tag as a beginner, but to be consistent year after year requires a lot of work.

It is easy to scroll through Instagram and think everyone is filling their tags, all of the time. (A gentle reminder that comparison is the theif of all joy, and don't let social media fool you into thinking bowhunting is easy, even if a handful of people make it seem that way). Anyone can be in the top 10% of hunters that consistently fill their tags with a bow, but to get there usually takes time and experience.

By understanding what you want to get out of a hunt, the better prepared you can be going into it. Be honest with yourself through that thought process. Maybe, you have a goal of just getting within bow range of whatever you’re chasing. As a new hunter, this is a huge victory, and one that shouldn’t be ignored. Recognize these victories. Being successful isn’t all about filling the tag. The process is equally as rewarding, which is what we’ll dive into next. 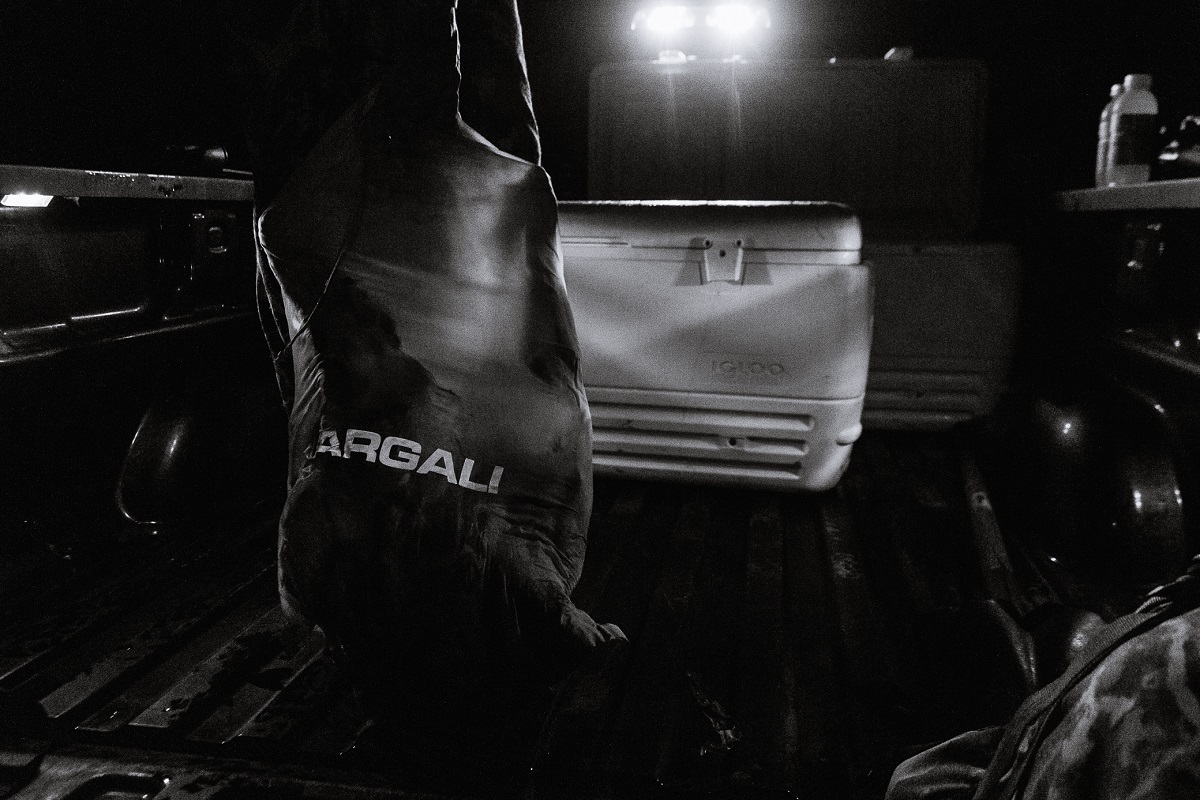 Bowhunting is a process. There are a lot of moving parts to this process, all of which deserve your attention. From the scouting and time behind the bow, to the stalk/sit and making a quality shot on the animal, there are many parts that add up to create consistent success. Something I’ve learned through the years both about myself and other successful bowhunters alike, is that enjoying the process is crucial to remaining level headed and driven. Bowhunting has a great deal of failure that comes along with it. Much more so than success. It’s easy to get caught up in the negative, and I have seen folks quit bowhunting entirely because of it. Each one of those failures though, is part of the overall process. They put you one step closer to filling that tag and they are some of the most important lessons you’ll learn in archery hunting. By looking at them as such, they’re much easier to swallow. For instance, if you happen to miss a shot on an animal, let’s look at that. One could certainly wallow in their own depression about missing after the fact. However, they could also ask themselves “why” that happened and learn from their mistakes. It’s all about perspective.

Luck of the “Draw” 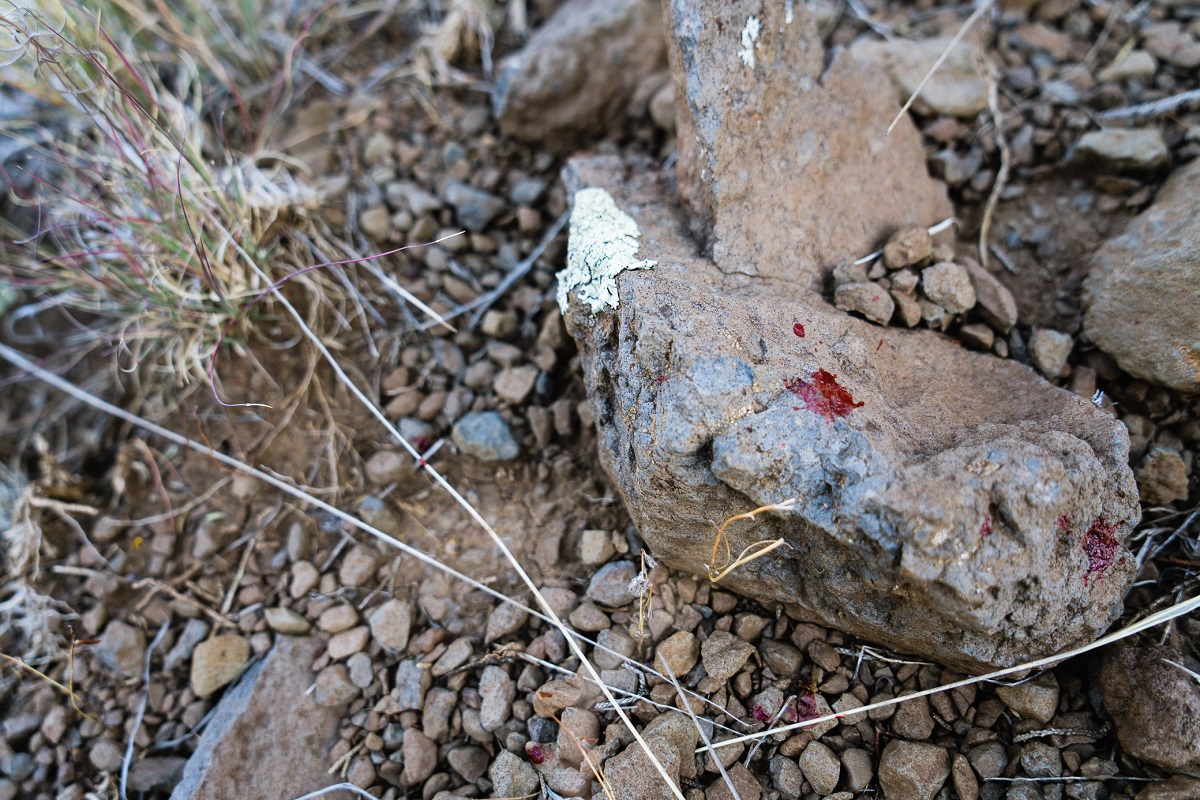 One thing that cannot be ignored when walking the path of a bowhunter is the difficulty involved. It is just flat out hard to constantly fill archery tags with so many variables at play. One could make the perfect stalk or have the perfect set up and a slight shift of the wind could blow the whole operation. One time, I was sitting within bow range of a bedded group of mule deer. The buck was tremendous and one that I would have been floored to bring home. As I sat in the midday heat waiting for them to get up, I noticed the glint of my broadhead, once the cloud cover let up. I wasn’t the only one that noticed that glint. And just like that, the gig was up.

Success rates across the country with archery equipment are wildly variable, depending on what unit/state and species. Also, private land vs. public land is another factor. Success rates on private land seem to usually be higher than that of public. Success rates change year to year, and vary wildly by state and species, but the consistent theme is that they are usually low. The bottom line is, bowhunting is very difficult and there is a reason success rates are low. Looking at it like this, it doesn’t make a ton of sense getting mad at not being successful, when the odds are in the animal’s favor from the get go. A lot has to go right. 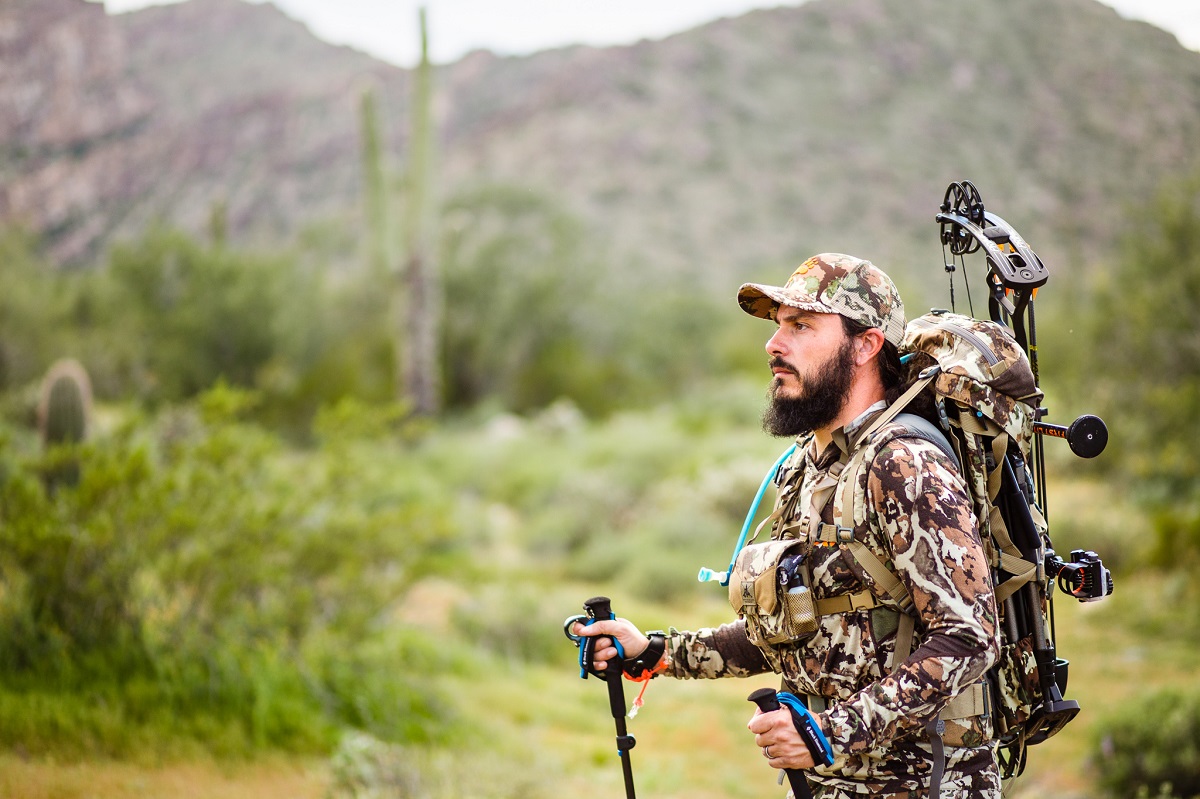 At the end of the road, aside from your own expectations and how hard bowhunting is, remember something. This is all supposed to be fun. Yes, it’s great to fill the freezer, but it’s much more than that. Getting outside and having the ability, both physically and legally, to pursue big game animals with a bow is the true trophy. Knowing what it’s like to wake up before the sun on a remote ridge hearing elk bugles echo from beneath you is special. Not to mention the feeling of knowing you get to go get in the mix with them. Not many folks get to experience these things and they shouldn’t be taken for granted. Bowhunting is just that. An experience, not a shopping trip.