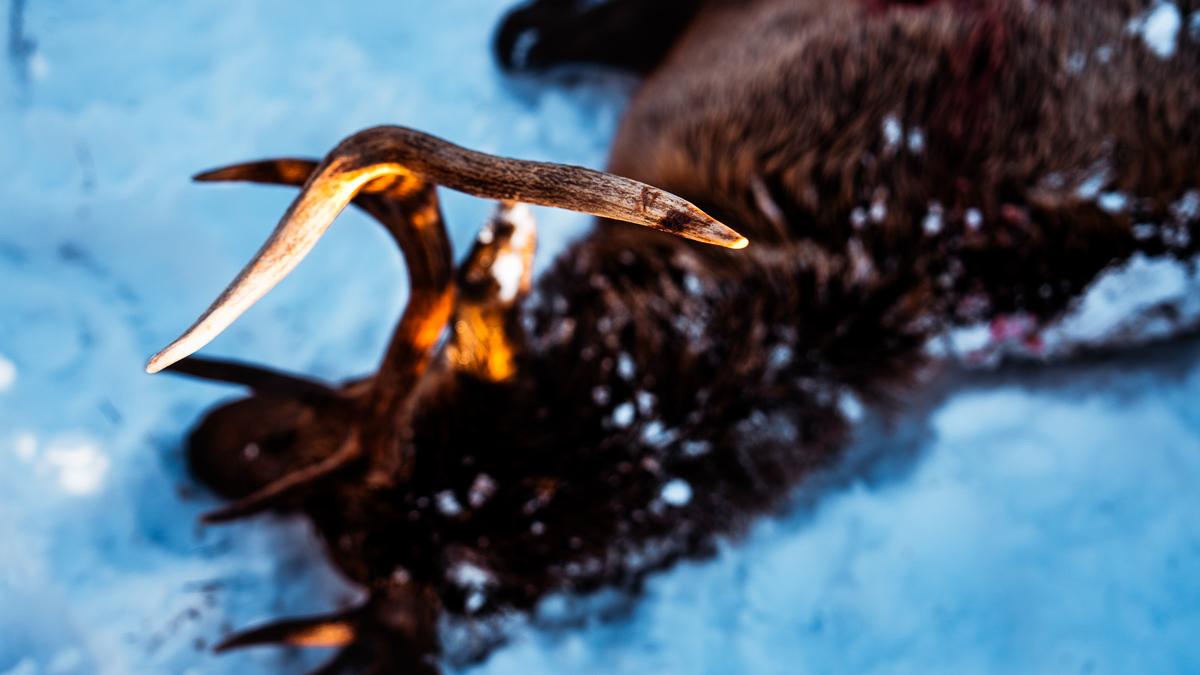 When one mentions elk hunting in the west, September is usually what gets all of the press.  It's for good reason too and a bowhunter's Disneyland. Nights filled with the screams of rutting bulls, heart pounding close encounters, and a display of animal behavior that is sure to captivate anyone out there.  It is unlike any other time of year and a time to be cherished. There are only 30 days in September though, and once it's gone, it's gone until the next go around. That doesn't mean that elk hunting stops.

The post rut opportunities to chase bulls are wide and there for the taking. While the game is similar after the rut, it isn't the same. The post rut period is when bulls aren't as vocal and the elk are done breeding for the year. This typically occurs somwhere in mid to late October, although it will vary by year and by area. This is typically when rifle hunting season starts in most western states. During the post rut, the playbook for hunting elk changes slightly, and the tips below will help you find and hunt elk during the mid to late fall season. 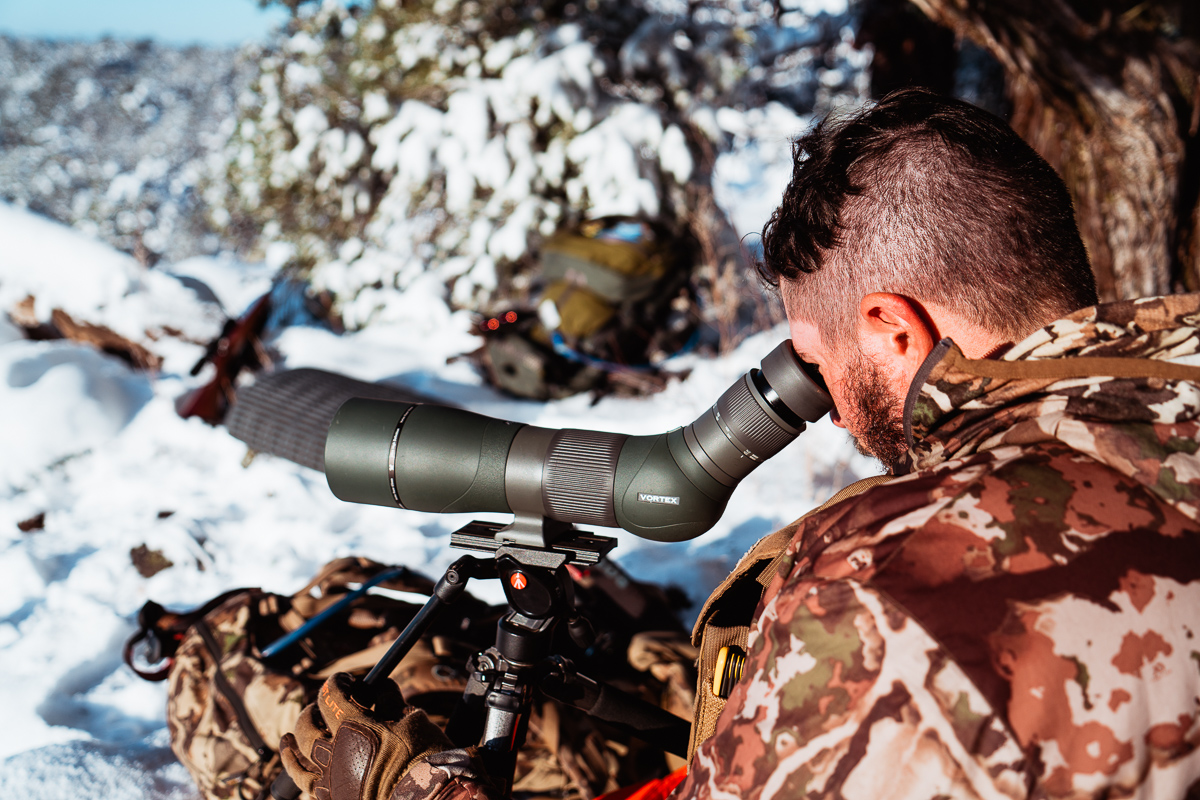 Unlike in September when bulls are screaming their guts out letting everyone know where they are, it's a different story later in the season.  Once the rut is over, bugling will dwindle down significantly.  They still might talk a bit, but they aren't nearly as chatty or responsive to calls.  When that is the case, glassing is going to be the name of the game. This is going to let one sit from a far, not be intrusive, and watch bulls as they walk down the road of recovery.  The absolute best way to do that is by finding the best vantage point one can, and log some hours behind the glass.  What I mean by vantage point is a place up high that offers a commanding view over the landscape and where your optics can do the walking for you.

Look for south facing slopes, edge habitat, or any other place where elk are likely to come out to feed. Like all times of the year, elk are a crepuscular animal and will mostly be active the first few and last few hours of the day. However, elk do wander around midday in October more often than you might think, and rather than sitting in camp midday, find a good glassing spot and watch for elk that are going to get water or grab a bite to eat. Bulls can be active at any time of the day during this period, whether it's grabbing a middle of the day snack, or popping out of bed for a drink. That is why it's imperative for one to be behind the glass from sunup to sundown. You won't see what you aren't looking at.

Find Them Where They Are

Like any other type of hunting out there, finding bulls after the rut is all about finding the right recipe.  What do they want and where do they want to be?  The short answer to those questions is food, water, and security.  As the fall wears on, some bulls will still be with their herds, but many larger bulls will wander off for some alone time. Big bulls don't want to be bothered this time of year, and often gravitate towards living in what we'd call a hole. A place of security. They have just spent a month or so burning through their fat reserves, and now they need to stock up for the long winter ahead by eating, sleeping and trying not to burn a lot of calories. Usually, this puts them in a nasty canyon or isolated patch of ground where they can live in peace and only come out when necessary.  The hard part is finding these holes.  When you do though, sometimes it almost feels like you could throw a blanket over where that bull is living.  As long as nothing pushes him out, he's gonna be there, particularly later in October and early November. 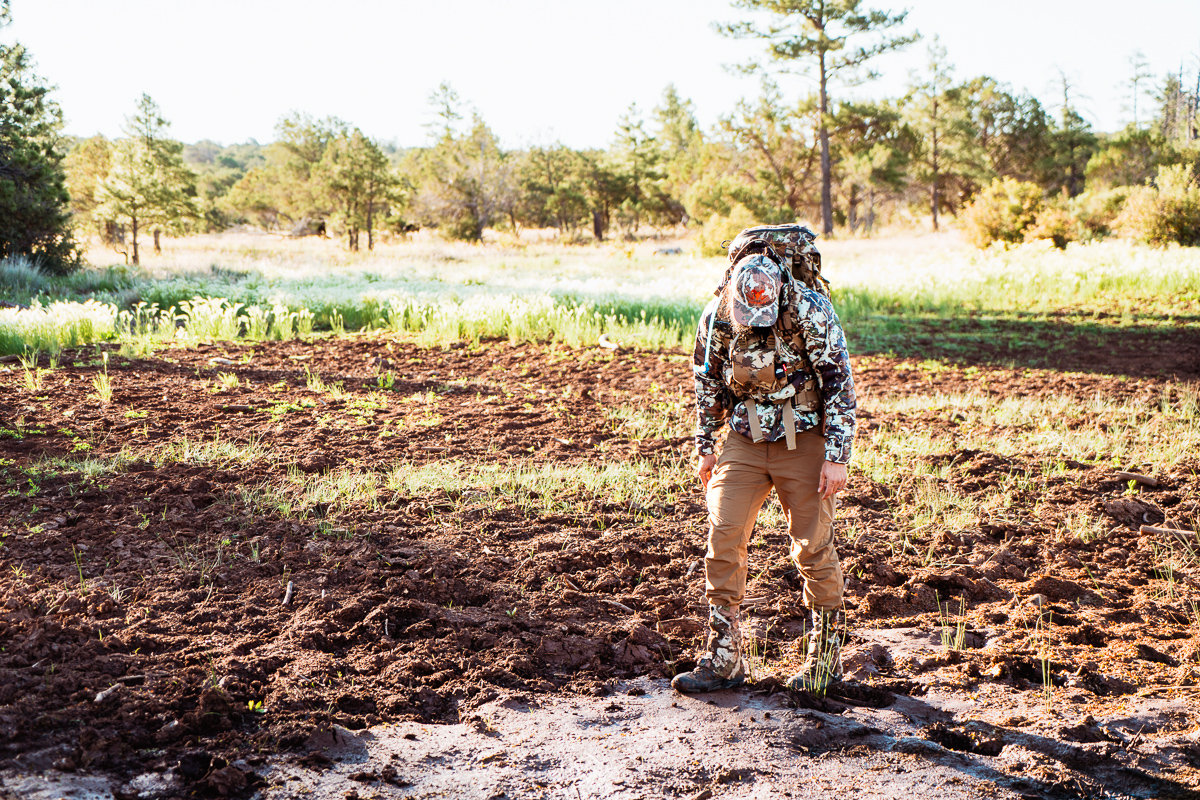 Along with security, food and water should also be on your radar.  For food, edge habitat is key.  Elk are creatures of the edge and will come out from their secluded bedding areas to the edge of timber to feed in meadows or openings.  It doesn't have to be a giant meadow either.  Small pocket parks exist right in the middle of timber patches and could absolutely serve as a buffet for a bull.  Make sure you're around water as well, particularly in dry climates.  Bulls have to drink and this could offer a great opportunity to ambush a bull.  Water is also a great area to look for sign.  The mud surrounding a pond will surely tell a tale with the easily seen tracks it'll hold.

Elk love to be in flat areas. Who wouldn't. This is true all year round, but when they aren't as vocal, this simple reminder can help you locate potential elk ground in advance of going into the field. This seems like an obvious point to remember, but if you are hunting in mountainous terrain, spend some time with some topo maps and look for benches and ridges that have timber as well as potential feeding areas close by. If there is a mid-slope bench on a north facing timbered ridge that has a spring or water close by, that's a place I would want to look for elk.

By doing some homework in advance, you can narrow where you might want to focus your glassing, but it can also give you some spots to put boots on the ground to determine if elk are living in the area.

Calling...Yeah, You Read That Right 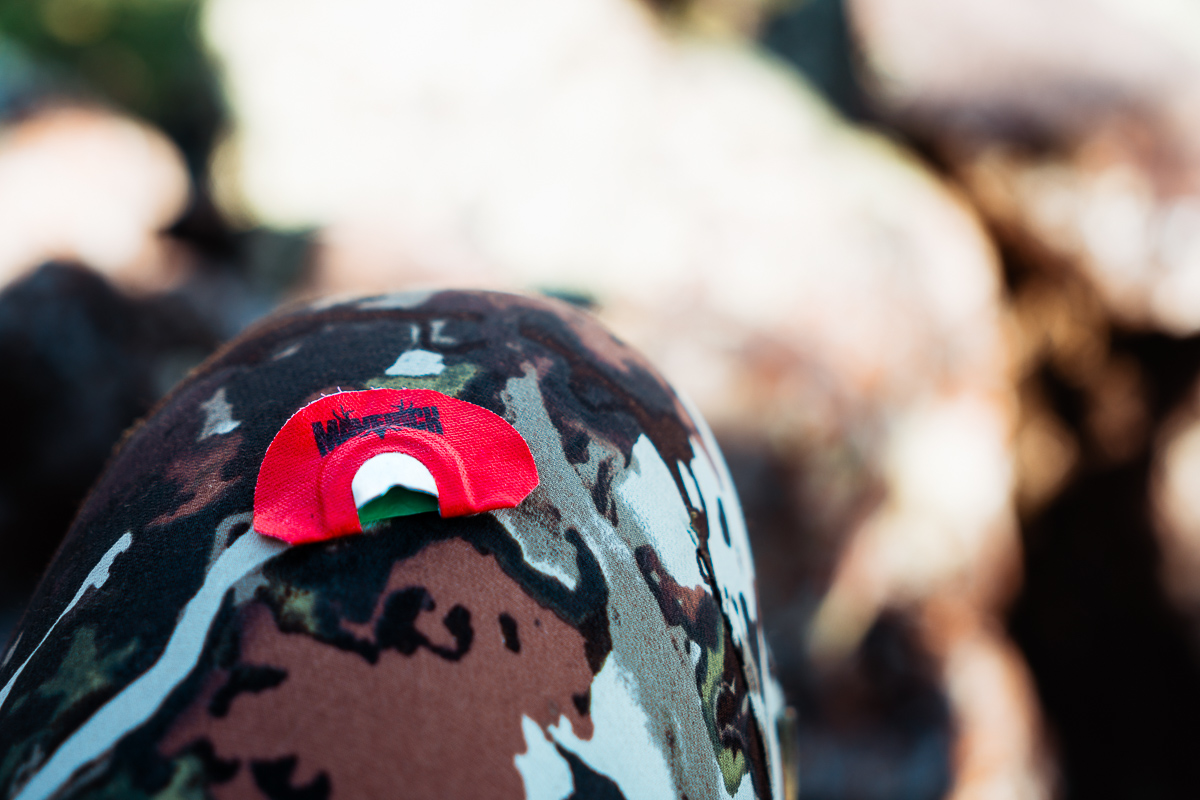 OK, so I'm not saying one is gonna have a testosterone crazed cage match with a bull, like they might have in September.  However, just because the rut is over, doesn't mean the elk are done talking.  Despite what some believe, elk are actually vocal all year round. However, their vocal-ness varies throughout the year.  I've personally watched bulls bugle during the month of June and even in February.  That covers the spectrum on weather and time of year.  When it comes to hunting bulls after the rut, having a call in your pocket is a great idea.  It's certainly not a time when you'd cover miles bugling and trying to locate a bull.  It is a time where you might be able to draw in a curious lone bull with a cow call though.  Whether it's sitting in a dense timber patch trying to peak the curiosity of a bedded bull, or maybe getting a bull to come back over a ridge for a shot opportunity, don't leave the calls at home just yet.  It might just be the ticket to success you're looking for. 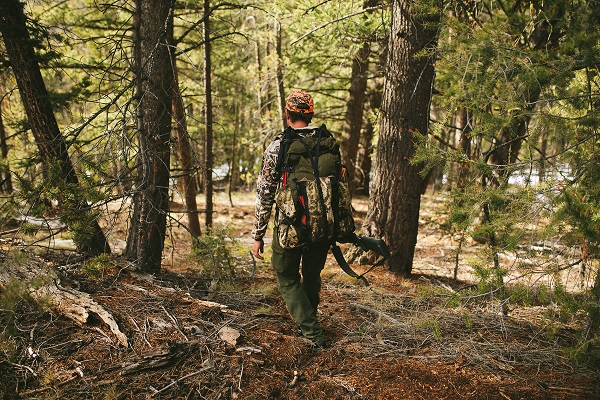 Guys from the midwest or east coast tend to use this tactic more than western hunters, but sneaking through the timber midday can be a great way to hunt elk if the conditions allow for it. This is a risky tactic, as you are likely to blow out elk if the wind isn't cooperating, but if you aren't seeing elk in the open, but you are seeing fresh sign, which tells you they are around, sometimes you have to get aggressive.

In practice, this means finding an area that you think elk are bedding, getting the wind right, and walking incredibly slowly through the woods. To be effective, you should literally be glassing every few steps and looking for any piece of an elk. You need to see them before they see you for this tactic to work, and even though it will seem painfully monotonous, glass every few steps and always walk with the assumption that there are elk in there, you just can't see them yet. 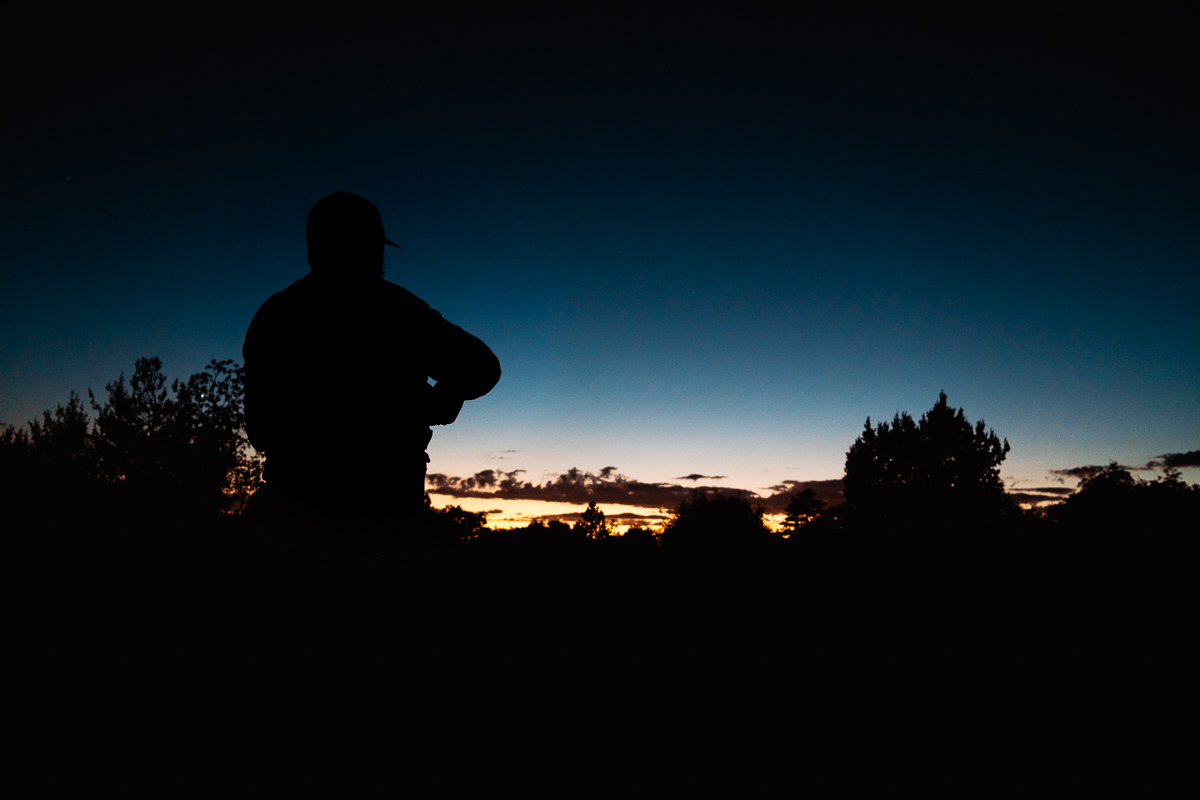 September might sure get all the press when it comes to elk hunting, but post rut bulls can be just as fun and rewarding.  In many areas, it's also much easier to draw a tag for these later hunts, whether it's a rifle or bow hunt you're looking for.  This could put a hunter in some primo areas that might take a person 15 years to draw an early season tag.  Sure, the bulls might not be singing, but you'll get to hunt the same bulls that those early tag holders do.  So, on the opportunity side of things, these are hard to beat.  It really just all comes down to what a person is looking for out of an elk hunt.  If rutting bulls is something that you can't go without, then don't.  But, if you can, post rut bulls is where it's at and the nuggets listed above will surely get you closer to a freezer full of elk meat. 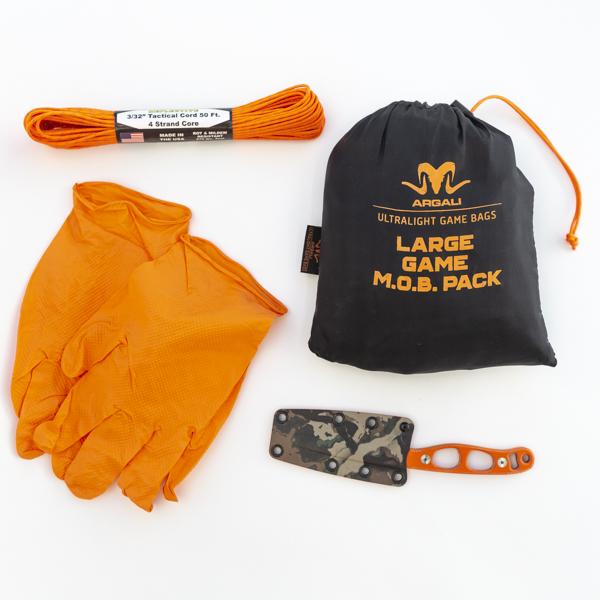 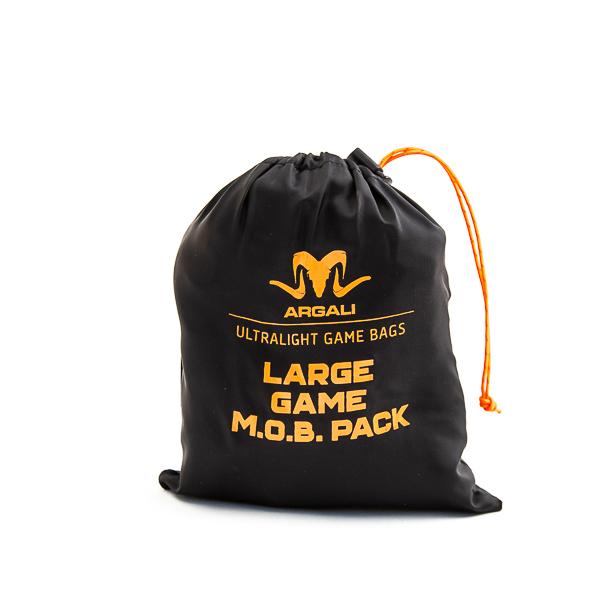